Apartments for rent in Baltimore, MD 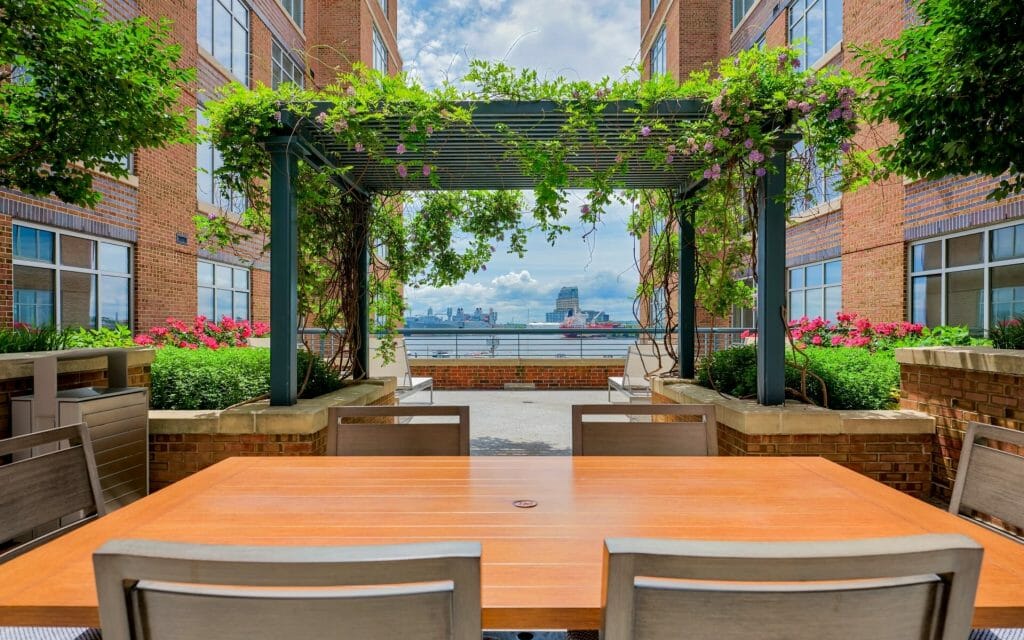 The “urban jewel of Chesapeake Bay,” Baltimore showcases some of Maryland’s biggest attractions against a stunning East Coast backdrop.

With a history that hails back to John Smith, Baltimore has played a notable role in major moments of the United States’ evolution. The city’s historical attractions mark its evolution “from a British colony to industrial powerhouse,” with stately museums and charming neighborhoods. Residents can stroll the harbor to see the historic ships of Baltimore, visit a museum, or explore the picturesque Federal Hill’s shops, markets, and restaurants.

For those seeking a faster-paced lifestyle, Baltimore provides everything from professional sports events to renowned performing arts venues. The city is home to a number of neighborhoods known for their focus on arts and culture, including the historic Fell’s Point and cultural hub Mount Vernon — home to the acclaimed Baltimore Symphony.

With so much to do and see, it’s easy to catch a show and spend a night out on the town. Baltimore has an active nightlife scene that buzzes with breweries and restaurants and is part of a growing culinary scene with diverse food options from around the world — not to mention your classic East Coast seafood.

If you would prefer a fun day out, Baltimore offers a wide range of attractions for all interests, including the National Aquarium, Maryland Science Center, and Autobahn Indoor Speedway. Residents can explore Baltimore’s famous Inner Harbor by paddleboat and dinner cruise, or just kick back and enjoy the view.

It’s called Charm City for a reason. From the Harbor to each unique neighborhood the city has something for everyone.

Handbags In The City
Clothing Store